The great master Leonardo da Vinci surrounded the garden and the terraces of the Villa with walls in 1502, when he lived there as a military engineer sent by Cesare Borgia.

This incredible property, built in 1465, was the residence of Princess Elisa Baciocchi Bonaparte, during the Principality of Lucca and Piombino, who directed its restoration in 1805, before the fall of her brother Napoleon.

The great master Leonardo da Vinci surrounded the garden and the terraces of the Villa with walls in 1502, when he lived there as a military engineer sent by Cesare Borgia.

Located within the ‘citadel of Piombino’, the house was part of a project of fortifications and defence of the city itself, projects which are still preserved in the Biblioteca Nacional in Madrid. The villa, rich in history, is now a private property offering a wonderful view of the sea, with glimpses of the islands of Elba, Corsica and part of the Tuscan archipelago and is characterised by long terraces, surrounded by the ancient and low wall (cm 80), along the front of the house where guests can dine outdoors whilst admiring the spectacular sunset over the sea.

The house has two floors, the ground floor is characterised by large windows that let in natural light, giving the place a warm and friendly atmosphere. The convenience of its location, well connected to major road links and well served by the national railway network, is a major advantage for organising excursions to the numerous villages in the area or for visiting the major cities of Tuscany and Lazio. Everything enhanced by the excellent food and wine of the traditional Tuscan cuisine with the simple, but intense, unmistakable flavours of the typical dishes of the Etruscan Coast.

Interior
The villa has three floors. The entrance to the ground floor opens into an entrance hall leading to a TV room, characterised by large French windows leading out to the terrace overlooking the sea, the dining area, also with large windows, which overlook the inner garden, the fully-equipped kitchen, a toilet and laundry room.

Gardens
A small garden, inside the perimeter walls, of about 300 square meters is located opposite the entrance; a flight of steps leads down to the lower part of the terraced garden perched over the sea. The garden is coloured by a variety of plants and flowers and has been made more comfortable and cosy thanks to various structures where guests can sit and relax. 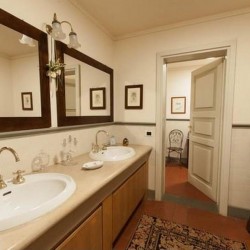 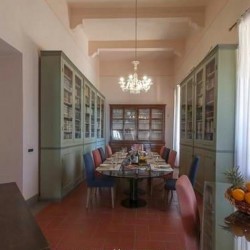 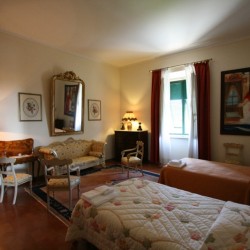 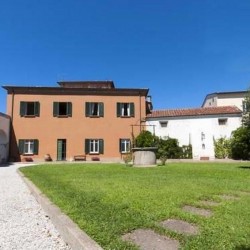 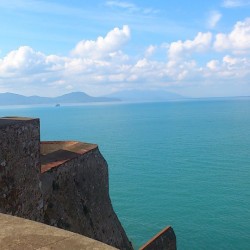 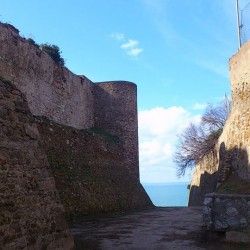 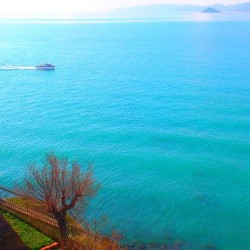 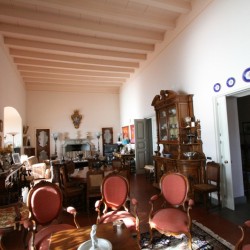 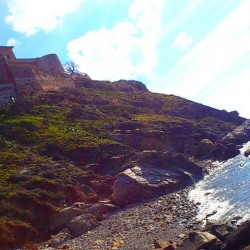 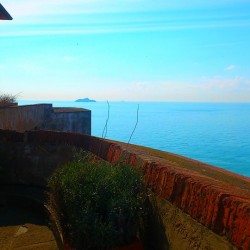 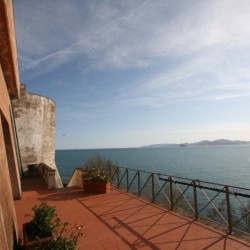 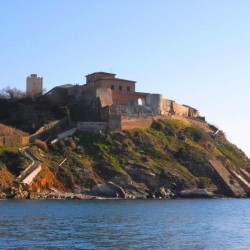