Bursting with character, large villa with consecrated chapel and pool, ideal as a boutique hotel or residential course and event venue.

Restored Tuscan Villa for Sale.  This superb restored Tuscan villa set on the edge of a popular village just 4km from the spa town of Bagni di Lucca.  The village has 2 restaurants and 3 shops, all within walking distance.

Neglected for 50 years, this Baroque villa recently underwent a full and sympathetic restoration, using traditional skills and materials from the locality.  Today it is used as a venue to host courses and events in an atmosphere of traditional hospitality in a home environment, with several large and unique spaces suitable for workshops, presentations and entertainment on a grand scale

Covering 1250 sqm, it includes 14 bedrooms, all en-suite, decorated in various styles, from Napoleonic to Classical Roman.  There are many large areas where currently courses and seminars, yoga, art classes etc are held. The principal Grand Salone is 70m² (760 square feet) and can easily be rearranged as required, be it for a seminar or a banquet. A converted attic directly above is ideal for yoga, meditation or simple relaxation. The villa is served by two fully-equipped kitchens, along with a separate dining room, sitting room, TV/chill-out room and cellar complex.  The baroque chapel adjacent to the main villa is fully consecrated and used for ceremonies.

Outside, behind the main gates is a gravel courtyard, with adequate parking for several cars; an olive grove, which overlooks the villa from the hillside; and, at the rear, an original formal garden and pool. A spacious covered terrace, ideal for evening drinks and summer meals, commands spectacular views over the village and the Lima valley below.

First floor: 5 bedrooms, 4 bathrooms, further room/sitting room, 3 attics, one of which is used as a large yoga studio.

You can see all our properties on www.casatuscany.com

The property’s beginnings remain a mystery. The villa’s foundations, comprising the cantina and the south wing, date from the 14th Century, when the complex, much larger than the present dwelling, is believed to have been a seminary and pilgrims’ rest.

The chapel opposite the main gate is dedicated to San Rocco – a patron saint of illnesses – and weary travellers on the Franciscan Way would have found care and repose in the quiet and spacious rooms and garden. The emblems of a religious Christian group, as yet still unidentified, can be found above the doorways below.

In 1688 everything changed. A rich merchant family from Lucca, the Benedetti, purchased the property and demolished the upper portion of the main building, of which there is apparently no surviving record. In keeping with contemporary trends, a Baroque structure with open portico and covered terrazzo above was built and the personal family chapel opposite remodelled in sympathetic style. Villa Benedetti, as it became, was the village’s principal residence, owning much of the land in the village and beyond.

In the mid-19th Century, disaster struck the village in the form of a deadly outbreak of Asiatic Cholera. 46 of the 900 inhabitants perished, including the young Benedetti. The family’s fortunes waned, in tempo with those of Bagni Di Lucca and other surrounding communities, until in 1960 the last direct descendent bequeathed the villa to the orphans’ association of Carlo del Prete, based in Lucca.

Under the watchful eye of the association’s nuns, for a quarter of a century the villa became a summer residence for orphans and abandoned children. The house, meanwhile, had long been falling into neglect. Battered by harsh winters and a lack of funds as fostering took over from centrally controlled orphanages, by the late ‘80s it was no longer suitable for habitation. The doors were sealed and for two decades, the villa was left to rot.

In late 2004, after more than three years of enquiries and negotiations, the current owners purchased the ruin known to the village simply as ‘Carlo del Prete’. After 20 years standing vacant, the building was in a sorry state and on the verge of collapse. By now, the northern section of the roof and everything below had fallen in; many of the principal beams and the windows had rotted and the garden had become a nightmare from a fairytale.

Fittingly, a local team of builders under the name of Benedetti was commissioned to undertake the restoration, which began in earnest in late 2005. Every original feature that could be salvaged was carefully preserved; everything that had succumbed to nature and ‘60s institutionalisation was replaced by local materials fashioned in the traditional vein: chestnut from the Lima valley for beams and windows, handmade terracotta tiles for the roof and floors, brass fittings from nearby artisan workshops.

The impressive Gran Salone acts as a superb gathering point, lecture hall and workshop space. It also makes an ideal venue for bridge parties of 20 or more, with further accommodation available nearby. Courses in painting,cooking, Italian history and culture, writing, yoga, meditation, music and other disciplines all take place. Businesses from both the surrounding area and abroad use the villa for seminars, conferences and team-building events.

Classic car enthusiasts have also based themselves at the villa to take in some of Italy’s most stunning scenery (Modena is a two-hour drive through the mountains) or, for those who prefer their own steam, the surrounding hills are a haven for hikers and cyclists, off-road or on.

The Baroque chapel is a particularly fine feature. Fully consecrated, it may be used for blessings, small weddings, special services or simply for private prayer and meditation. 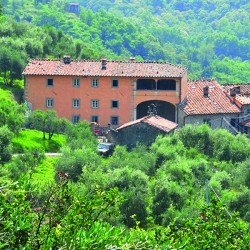 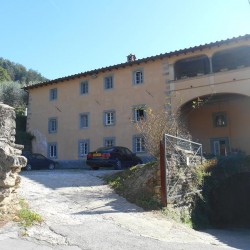 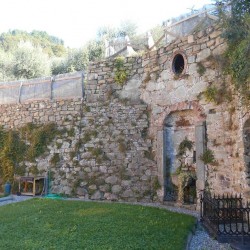 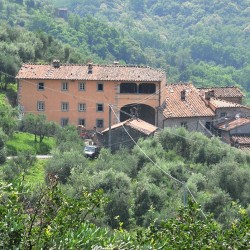 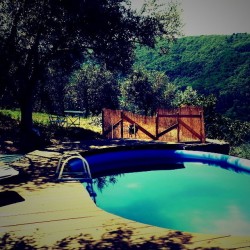 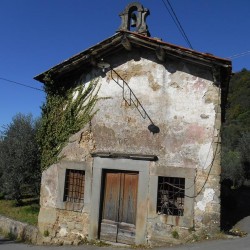 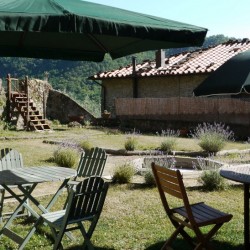 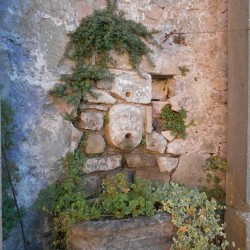 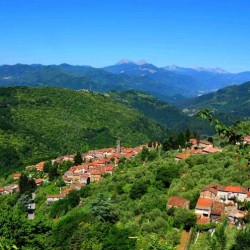 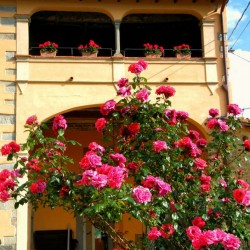 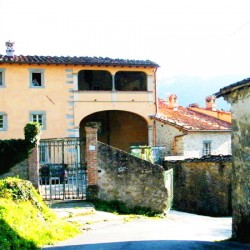 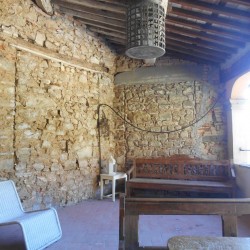 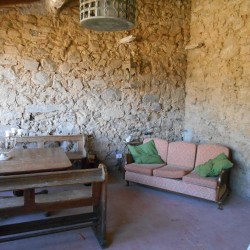 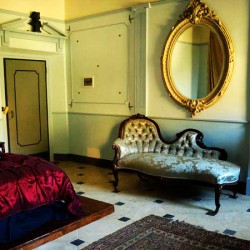 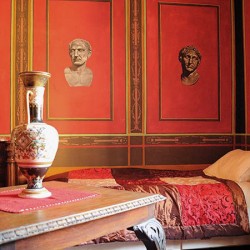 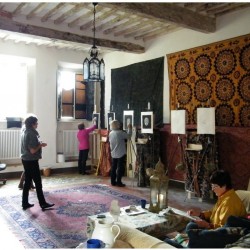 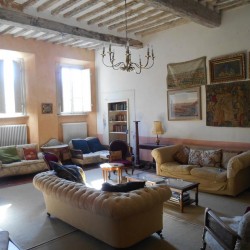 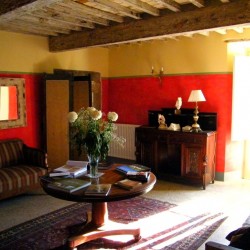 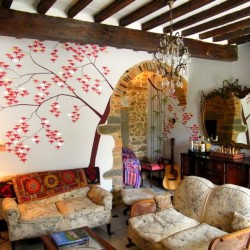 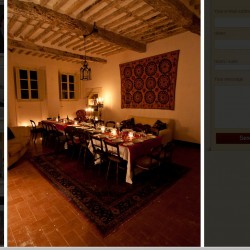 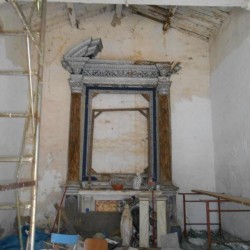 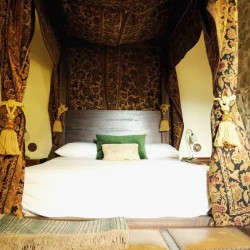 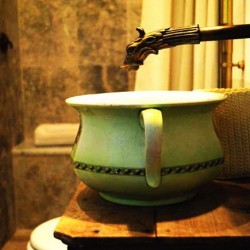 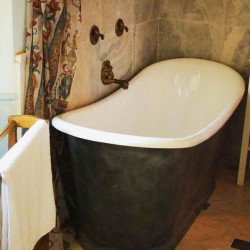 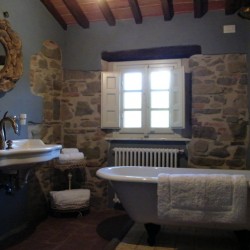